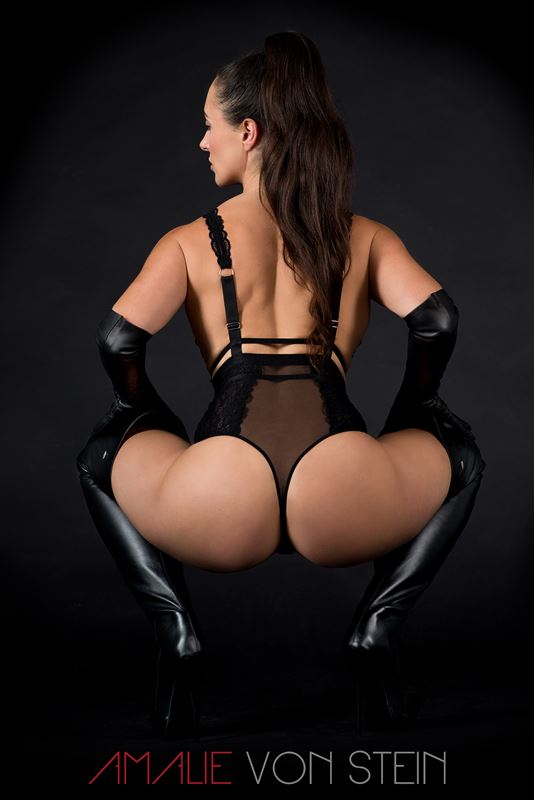 Do you seek your destiny in surrendering to a superior Woman? Contact me.

With her sublime charisma, Amalie von Stein forces her victims into unconditional submission, self-abandonment, and enslavement.

Her exalted standards, her explicit guidelines where comportment is concerned, and her insistence on catering to her preferences, ensure that worshippers of Lady Amalie von Stein receive their much-craved fetish fulfillment. The most beautiful gift that can be offered to Amalie von Stein is a slave’s ability to suffer beneath the force of her powerful mind and body. She enjoys the admiration of inexperienced slaves as much as she does that of those already well drilled in obedience and submission.

Her knowing, merciless gaze tests your strengths and recognizes your weaknesses. She exerts ever-increasing pressure on your character and body with a series of more and more demanding trials. Lady von Stein’s charismatic personality, her knowledge of the darkest secrets of your slavish soul, and her genuine sadistic nature will induce a maelstrom of feelings in all those who prostrate themselves before her. Tell her your limits, before it is too late and she goes too far. At the same time, you will feel a profound gratitude towards her, even as she lowers herself to toy with you, to stimulate you, and to give you altogether new dimensions of devotion..

Worship Me at My convenience.

I only accept respectful enquiries!